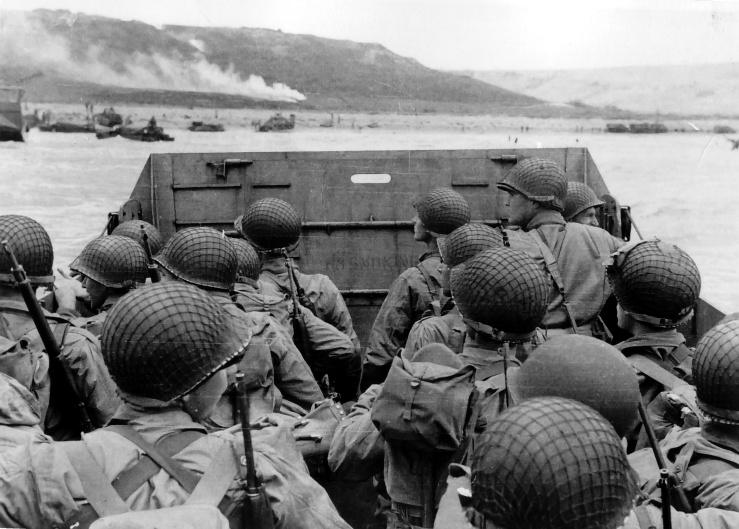 Today we commemorate that moment in history when Allied troops stormed the beaches at Normandy to stop Adolf Hitler, a tyrant who had risen to power by promoting anti-Semitism and initiating the Holocaust, which brought about the systematic extermination of up to 6 million men, women and children.

On D-Day, up to 10,000 Allied troops were killed fighting for freedom. In the United States, the people who fought and died that day came from what journalist Tom Brokaw called the “Greatest Generation.” 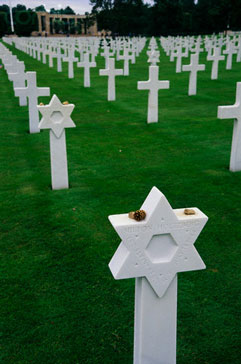 How tragic and ironic that so many Americans today dishonor the memory of those heroes by pledging their allegiance to another tyrant, Donald J. Trump, who has risen to the top of the Republican Party on a xenophobic, hate-filled campaign that targets Mexicans, Muslims, and anyone else who doesn’t fit his narrow image of White America.

He wants to be our president. He wants the nuclear codes.

It has been said by some that it is wildly inaccurate to compare Trump to Hitler. I ask them to heed the words of Holocaust survivor Zeev Hod, who was interviewed in March by his son for an internet zine called The Wrap:

“One of the things people used to say about Hitler when he rose to power in the early 1930s was that he was saying it like it is. They thought he was a bit of a clown, with his big speeches and over-the-top showmanship, but they also admired his ability to say what everyone thought, but didn’t dare say out loud.”

Want more? From the same interview:

“Hitler was able to tap into the Germans’ frustration by zeroing in on an enemy, the Jews. He claimed the Jews were taking over the country, stealing high-paying jobs. He was able to galvanize the uneducated by saying that Jews had stabbed Germany in the back. Now that America’s minority population is becoming a majority, Trump is able to tap into that same fear among its disenfranchised. Asking his supporters to raise their hand during his rallies while proclaiming their allegiance to him is eerily reminiscent of Hitler’s Nazi salute, which was meant to inspire loyalty and sympathy towards the regime.”

It’s frightening and shameful when I overhear people talking about Trump, gleefully parroting his latest outrageous remarks, just like Mr. Hod said the Germans did back in the 1930s. How ironic that these misguided Americans now wave their flags and spit on those heroes who died on a beach in France, to stop a man whose deeds, ultimately, would far surpass his rhetoric.

And what about Donald Trump’s rhetoric? Could his future deeds match or even surpass his own venomous proclamations? On D-Day, I ask myself why so many Americans have forgotten history, and seem willing to find out.